The Laboratory of Computing Techniques and Automation (LCTA) was established by the JINR Order No. 149 of August 19, 1966 on the initiative of the JINR Director Academician N.N. Bogolyubov. The organization of LCTA was entrusted to Mikhail Grigorievich Meshcheryakov, a corresponding member of the USSR Academy of Sciences, a well-known experimental physicist who already had leadership experience in creating a Synchrocyclotron and the first scientific laboratory (now the Laboratory for Nuclear Problems) of the Institute since the late 1940s. The first groups of mathematicians E.P. Zhidkov and N.N. Govorun from the Laboratory of Theoretical Physics and the Computing Center of JINR, as well as several groups from the experimental laboratories of JINR under the direction of Yu.A. Karzhavin, G.I. Zabiyakin and V.I. Moroz.

The main areas of scientific activity of LCTA were primarily related to providing theoretical and experimental studies at JINR with computational and information resources, as well as the development of methods for numerical simulation of nuclear processes, calculations of electromagnetic fields in large physical facilities designed and built, modern methods for analyzing experimental data, image processing, etc. The work of the Laboratory's employees in these areas during the Soviet era was marked by medals of the USSR Exhibition of National Economic Achievements (ENEA), prizes of the USSR Council of Ministers, developed methods, algorithms and software packages were transferred to dozens of organizations of the JINR Member States and other world physical centers.

Immediately after the formation of the Laboratory, the accumulated experience in the use of computing technology revealed the need for a variety of computing facilities, which ultimately predetermined the subsequent creation of a high-performance multi-machine complex with a developed hierarchical structure. The data network environment technology that emerged in the early 80s gave impetus to the construction of the first JINET local terminal network in Russia at LCTA, the creation of a high-speed telecommunications channel Dubna-Moscow and the further integration of the Institute into international global computer networks for science and education.

In 2000, LCTA was renamed in the Laboratory of Information Technologies (LIT). For more than 50 years from the date of its formation, the Laboratory has come a long way along which it is possible to trace the development of computational and information technologies: from the first Ural-1 computer, then through the BESM-4, BESM-6 and the ES, CDC, Sun, Vax, Convex and others to the Multifunctional Information and Computing Complex (MICC), which today is the basic JINR facility. If we compare the achievements in numerical terms, then, for example, the response speed of the JINR computer used in the 1970s and 1980s was estimated at 2 Mflops, and now only one hybrid cluster that is part of the LIT MICC has 140 Tflops, that is in 70 million times more, also in a similar way, and the performance of JINR’s external computer communications has increased 2 million times in 25 years.

The modern Multifunctional Information and Computing Complex developing in the Laboratory is aimed at creating a technological base for conducting scientific researches in a single information-computing environment uniting supercomputer (heterogeneous), grid-, cloud complexes and systems. Support in working condition and development of this infrastructure is currently one of the most important tasks of the Laboratory of Information Technologies.

According to the recommendation of the Scientific Council and the request of the Directorate, on 25 March 2021 a session of the Committee of Plenipotentiary Representatives of the Governments of the JINR Member States decided to name the Laboratory of Information Technologies (LIT) after M.G. Meshcheryakov for his outstanding contribution to the creation and development of the network infrastructure and the Information and Computing Complex of the Laboratory, the Institute, and the Member States. 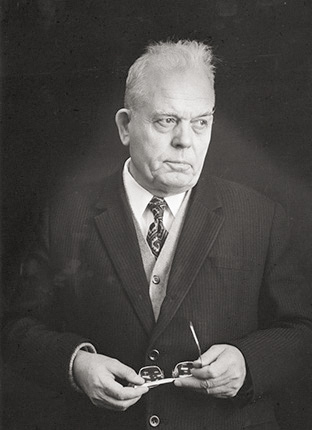 Corresponding Member of the USSR Academy of Sciences, the first director of the Laboratory (1966–1988) 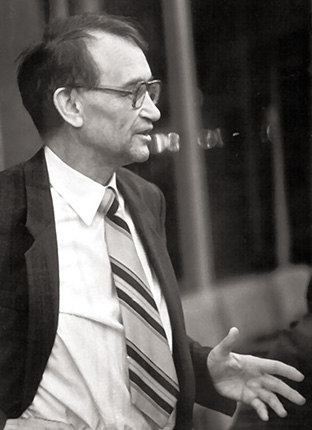